On the 23rd of February 2018 I was very kindly conferred with the Order of the Rising Sun with Golden Rays and Rosette by the Japanese ambassador Mr Koji Tsuruoka. The award was in recognition of the contribution made to the promotion of the Japanese garden culture in the UK. The following is the text of the speech I gave at the presentation:

“I think it is fair to say that this occasion is an extra-ordinary day in my life. But then, in so many ways the whole journey that began with my first visit to Japan in 1980 has been far from ordinary. I well remember when I was at horticultural college in the early 1970’s coming across a book in the library that had a number of pictures of gardens from Japan. Although at the time, in my early twenties, I already had an interest in the Far East through Buddhism and poetry, I knew nothing at all about the ancient garden culture of Japan. The grainy black and white pictures piqued my interest. There was something about their apparent simplicity that challenged my notion of what a garden was, and what a garden could be. A little while later I visited the Japanese garden at Tatton Park in Cheshire and what stayed with me was the sense of repose and quietude of that garden.

It was only much later that the opportunity to go to Japan arose. I imagined that I would stay a while and use the time to visit some gardens, then resume my career as a gardener, who secretly desired to be a poet, in England. I think the first garden I saw in Japan was at Ryoan-ji temple. Outside of Japan, it is possibly the most familiar of the great Kyoto gardens. What was so bewitching was the atmosphere of the space, even more beguiling than the sparse components of the garden itself. It seemed to possess a certain kind of magic made manifest. For many years now I have been fortunate to return to Kyoto and Japan. I have revisited Ryoan-ji on many occasions, and still it holds a palpable sense of the magical and the transcendental. Its absolute modesty is also somehow its soaring ambition.

For me the Japanese garden is a confluence of art and spirituality. It is not a passive creation, but one deeply imbued with a vitality of life and time. It has the capacity to speak to us in a profound way; also to communicate much of what it is to be human, and so to understand better our place in this world.

Kobayashi san, my teacher was pivotal to being able to engage in a deeper practical education of Japanese gardens. I still think of myself as being an ‘accidental apprentice’. The first months of my apprenticeship were not by any measure the easiest of my life. I knew hardly any Japanese and also my introduction to garden making in Japan was working on the very Western rose garden at the Kyoto Botanical Garden. Frustrated, rather than magical would be how I would describe those initial months as an apprentice. But what I came to understand was that the relationship between teacher and student is entirely different to what I had been accustomed to. In Japan the apprentice is required to prove to the teacher that you are worthy of being taught, and secondly that essentially the student ‘steals’ the knowledge from the master. I owe Kobayashi Sensei a huge debt of gratitude for his persistence and forbearance, for whom I am sure I was a very wayward student, albeit a wholly determined one. Sensei taught me that you learn through your hands, and when you do it enters the heart, so then the knowledge gained is never lost but it becomes part of the fabric of one’s being.

I have also great gratitude to other figures such as Professor Makoto Nakamura who invited me to become a research student at Kyoto University, which enabled me to have access to the landscape department and its library, as well as his own great fund of knowledge. Also more recently to people like the contemporary garden creator Yasuo Kitayama san with whom I spent many hours being entranced by detailed explanations of his own philosophy concerning garden making.

The formation of the Japanese Garden Society (http://www.jgs.org.uk) in 1993 was an important milestone. I have been fortunate to have had an association with the JGS from the beginning, and seen its development over the past 25 years. Central to the founding aims of the JGS has been to disseminate knowledge of Japanese gardens in the UK. To learn, to see and to share. It has grown into a dynamic group of over 700 members and has become become an important force in the promotion of the Japanese garden culture in the UK. Any community is only as strong as its constituent parts, and the JGS with its six regional groups is an entirely volunteer organisation, which has achieved much wonderful work.  Including creating gardens at hospices, hospitals and resting homes, where these tranquil garden spaces can bring solace to patients, carers and staff, as well as gardens in places open for all to enjoy and benefit from. The commitment and enthusiasm of the members is inspiring indeed.

One project in particular, being part of the team that created a garden at Norwich cathedral (the building was completed in 1180), has been a particular highlight. To bring something of Japanese culture to a place so steeped in English history was very special, and showed how well a Japanese garden can reach across what we may expect to be a cultural divide. I am currently serving a second term as Chairman of the JGS and am greatly excited by the developing maturity and continuing potential of the JGS as we pursue our aims as a recognised charitable organisation. Other projects the JGS has created include the renovation of Danescourt Cemetery garden, Willowbrook Hospice, Bury Hospice, Hatchmill Nursing Home, also several gardens open to the public.

I have come to understand that if we wish a garden to exude a quality of harmony and integration, then this needs to also arise from the heart of the garden creator. In this way the cyclical process of learning to create these gardens in turn leads one on a path to develop those same qualities within oneself. I am not sure how many gardens I have created over the past 35 years or so, probably about 200. Most have been for private clients, many of whom have become dear friends, as well as several gardens in the public domain. I have worked mainly in the UK, but also in Europe and the US of A.

I have tried over the years to find ways of honouring the knowledge I have been granted, in garden cultures outside of Japan. My enduring belief is that what we are able to learn of the Japanese garden tradition is of importance beyond Japan. Gardens or paradezea (from which we derive the English word ‘paradise’) were first created millennia ago in the grounds of the temples of Mesopotamia. These were sacred transitory spaces that prepared one to enter the temple, and were not simply aesthetic enhancements. The garden has a function to connect us deeply to our original home, that is, the landscape we are surrounded by. Now in our time, I believe the need of gardens is ever more potent, and by observing and learning from the Japanese garden tradition we can create gardens that are important, if not vital, to our sense of wellbeing as an essentially urban dwelling society. It is a journey that is only really beginning, and there is so much more we can learn from the great masters of Japan who have left a legacy of work for us to experience. Japan initially absorbed the inspiration of creating gardens from China, developed and enhanced that knowledge into what we call the Japanese tradition, and now we in the West are able to learn ourselves from this great living tradition and draw it closer to our hearts. It is an extraordinary gift that changes lives. I know this as it has changed my life in the best way possible.” 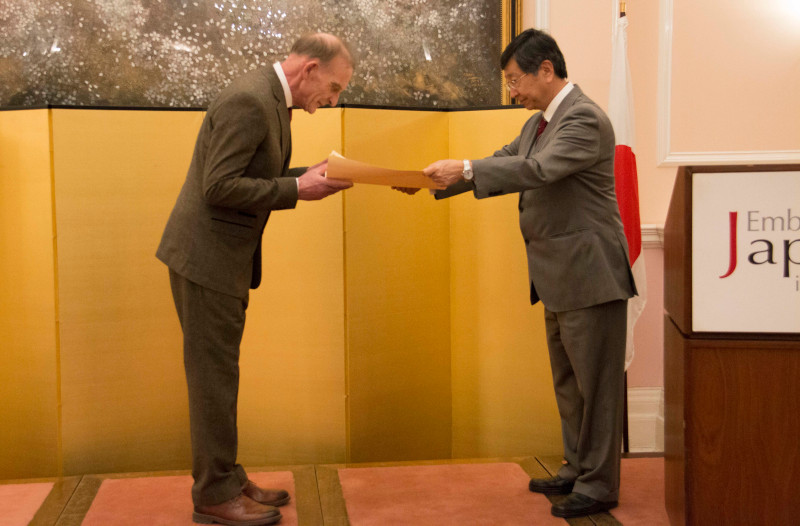 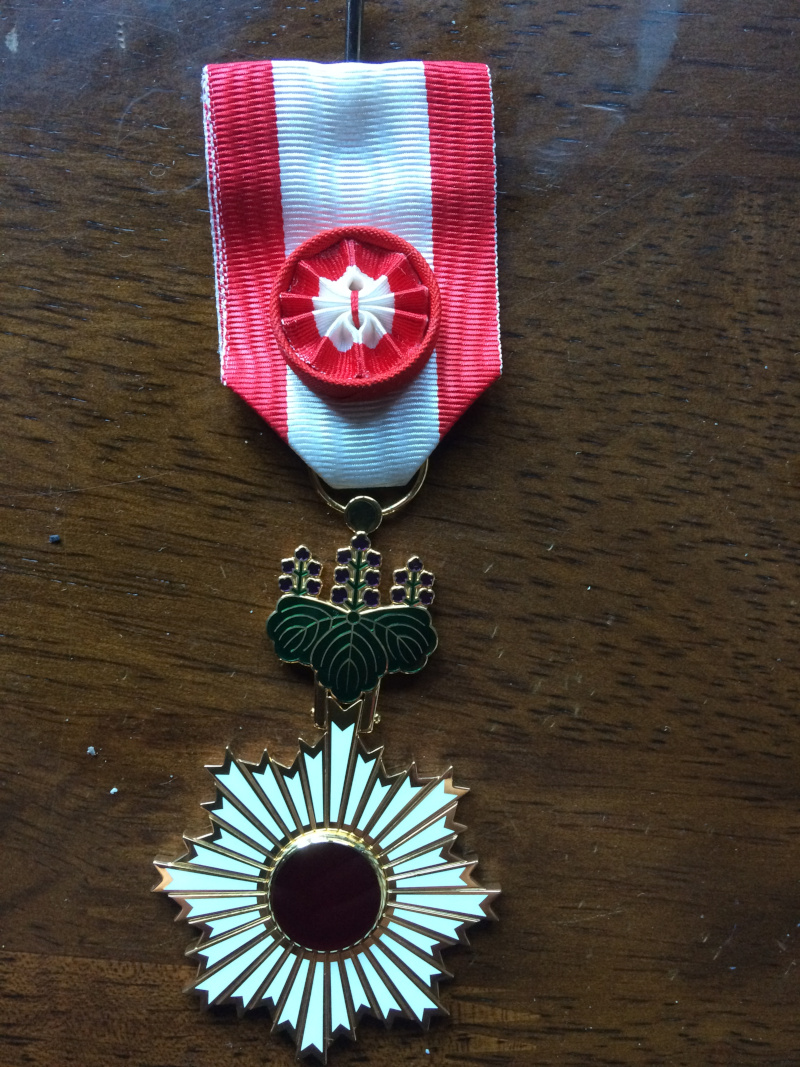 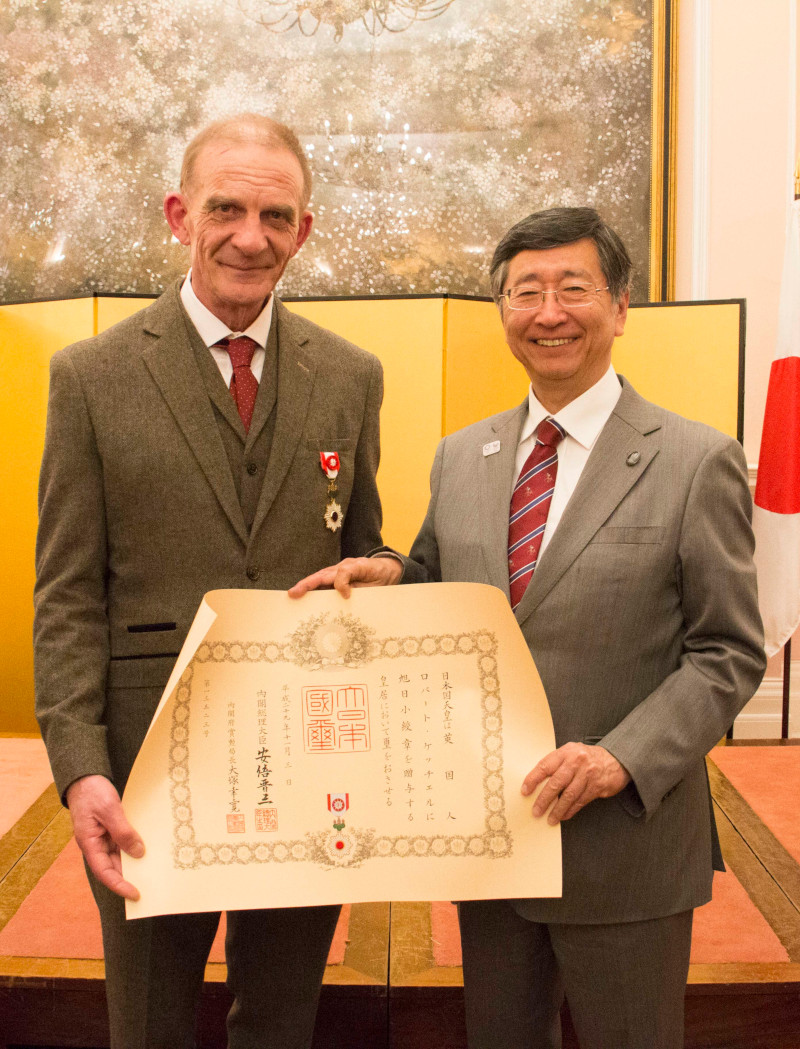